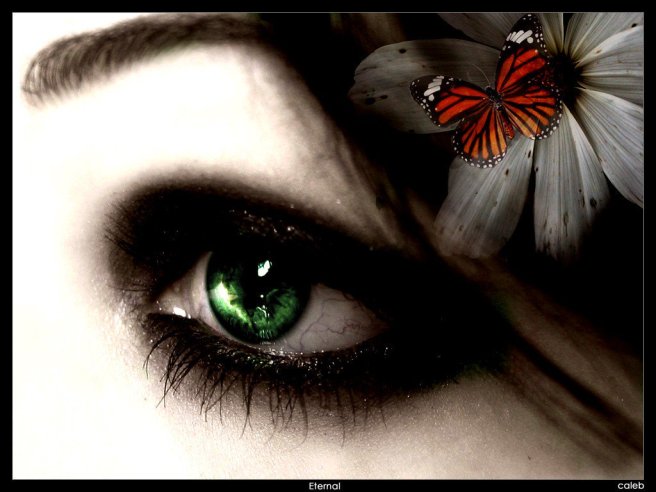 Here is part two of Enchanted Wine. If you haven’t read part one, you can find it here.

He spent the rest of the day wandering the town. At dusk, he turned his steps toward home.

Then he stopped. He walked instead to the ridge where he had seen his brother walking. He sat down at the top of the ridge and watched the sun set.

Then he fell asleep.

As he approached the front gate, a servant, Mateus, came running out to meet him.

“Master Eduard,” Mateus said, “where have you been?”

“Miss Adelina is in the house, yes,” Mateus replied. “She came over to comfort your mother, who was greatly distressed. When you didn’t come home last night—”

Eduard interrupted. “And my brother?”

“Asleep?” Eduard said. “But the morning is well on its way.”

“He has slept many mornings away these past two weeks,” Mateus said. “Lately, he stays up very late in his room.”

“Thank you, Mateus,” Eduard said curtly. He was disappointed—he would have liked to have dealt with his brother first. Instead, he would go see Adelina.

He turned away from Mateus and went into the house.

He found Adelina sitting alone in the front parlor.

She jumped up when she saw him and ran to hug him.

“Eduard! We were so worried about you!”

He stepped back from her. He’d expected to be angry when he saw her, but now that she was in front of him, he felt all his anger melting away.

“But what is it? What’s wrong?” Adelina said.

Eduard glanced around. “Where is my mother?”

“She had to lie down,” Adelina said. “The worry was too much for her. When you didn’t come home last night, she couldn’t help thinking about the accident—”

“Yes, my accident.” Eduard sighed heavily. “Can we talk for a moment?”

“Of course, my love,” Adelina said. She sat on a sofa.

He winced at the endearment but sat down beside her.

“Do you love me?” Eduard said.

Eduard sighed again. “It has come to my attention recently that my brother is in love with you. And I think maybe you love him too. Is it true?”

Adelina hesitated. “I agreed to marry you. And I am happy to do so.”

“That sounds like you do love him. I need to know—just tell me how you really feel.”

She was silent for a moment.

After another pause, she went on in a rush.

“We didn’t plan it—Cayo and I—we just fell in love. I really was happy to marry you. When this was arranged, and I first met you, I thought you were so wonderfully handsome. I was happy planning the wedding we were going to have. And then I met your brother, and I just knew. I knew right away that I loved him.”

Eduard nodded his head. Then he stood.

“Thank you for telling me. You are free now, if you wish. You don’t have to marry me if you love someone else.”

He left the room.

He went upstairs to his own room and stood for a time looking out the window.

Then he went to his brother’s room and opened the door.

He found Cayo lying on his bed, sleeping soundly—he didn’t wake up when Eduard walked into the room.

Sunlight was streaming into the room, and still Cayo slept on.

Eduard stepped closer to his brother.

Cayo’s face showed plainly that he was deeply asleep—his mind was far away in the realms of the subconscious.

He slept, but he didn’t seem happy. Something in his face seemed deeply troubled.

Eduard wondered bitterly if Cayo were unhappy because he had failed to crush him with that boulder. But somehow, that didn’t seem to be it.

Eduard turned away and left the room.

He met Mateus in the hallway.

“Your mother would like to see you, Master Eduard,” Mateus said.

“A little later,” Eduard said irritably. He was sure she would make a scene—just as she had on the morning of his accident.

Eduard brushed past Mateus and walked toward the stairs.

Then he turned back.

“You say my brother has slept many mornings away lately?” Eduard said to Mateus.

“What about the morning of my accident?” Eduard said quickly. “Was he sleeping then?”

“You’re sure about that?”

“You’re certain he didn’t go out first?” Eduard said. “And then come home and go to sleep?”

“No, sir,” Mateus replied. “Master Cayo went to bed around midnight the night before. I remember because we were all so relieved that he went to sleep at a reasonable hour. Then he didn’t stir until there was all that commotion over your accident.”

“He didn’t leave his room until after I came home?”

“He didn’t go out walking along the high ridge near the hills?” Eduard said.

“No,” Mateus replied. “That had been Master Cayo’s habit until recently. He stopped it when he started sleeping at odd hours. I believe it coincided with Miss Adelina’s presence in the house every day—when she began coming here to plan the wedding.”

Eduard winced at the sound of her name.

“Tell my mother I’m going out. I’ll be back every soon.”

He went down the stairs.

Eduard left the house and hurried to the shop of the woman with the wine.

He burst into the shop, and she looked up. She didn’t seem surprised to see him.

He was relieved to see that the shop was empty aside from her.

“I need to ask you a few questions,” Eduard said.

Eduard sat opposite her as he had the day before.

“Can you see what your customers see when they drink the wine?” he asked.

“I need to ask about the timing,” Eduard said. “Were the visions in order? Did my brother go walking along the ridge, then fall in love with my fiancée, then start sleeping?”

“Was he asleep on the morning of my accident?”

“That I couldn’t say,” she said. “But we didn’t see him pushing the boulder. The vision didn’t show anyone. That tends to indicate it was an accident.”

“Why didn’t you tell me that?” Eduard said.

“I don’t know it,” she replied. “That is how I would interpret it, but I don’t know anything your relationship with your family.”

He sat for a moment in silence.

“So my brother didn’t try to kill me,” he said at last. “But I have lost my fiancée.”

She looked up sharply. “What do you mean?”

“If he loves her, and she loves him, I can’t stand in their way.”

She looked at Eduard, and he noticed that there was a touch of green in her dark eyes.

“There aren’t many who would say that,” she said.

“It must be tough for you,” he replied. “Seeing so many difficult and troubling things.”

“It is sometimes,” she said. “There aren’t many who would say that either.”

“May I ask your name?” Eduard said.

“Lia,” Eduard said. “You said if I had any questions, I could come back. Did you know I would return?”

Thanks very much for reading!

You can check out my books on Amazon, Barnes&Noble, Kobo, and Apple.

And stop by some time and hi on Facebook. 🙂

View all posts by catherinemesick